It’s the national game, although the players and fans of Rugby and Cricket might disagree, and it unites and divides like no other sport in the country. What is it about Football, or Soccer as the deluded North Americans might call it, that seems to have the power to bring us together as a nation (England in this case) like no other sport seems to be able to do and to such a vast scale? Why does it ignite such violence, thankfully not as common as it was in the1980’s) yet also be a huge force for good. It offers a chance for those of the most humble beginnings to rise up to levels of income that they could have only imagined in their wildest dreams and also be cruel as it dashes the hopes of those who are dropped by clubs. Using Soccer Training videos can be one way to help you improve your game and it’s never too late especially as the amateur game is still as thriving as the professional.

It is hard to argue against Football’s popularity. One of its greatest appeals is the fact that you really don’t need that much space to play it. You also only need something vaguely round and kickable. The origins of football are thought to stem from kicking the heads of your defeated enemies around a battlefield although this soon gave way to the use of an inflated pig’s bladder. The simplicity of the game means that unlike Cricket where you need bat and stumps or Rugby where the ball is an egg shape and you need special posts football comes with clear rules and ease. It was just as easy for the kids in the street to play it as it was for those in the countryside. Despite being deliberately wistful the misty-eyed musing of Ron Manager, the creation of Paul Whitehouse on the Fast Show, does rather illustrate how it is “jumpers for goal posts”.

You only have to look at the fact there are 92 professional clubs and there are thought to be seven thousand in England only that are prepared to get up on a Saturday morning at the expense of everything and everyone else to go and play the beautiful game. The women’s game is also increasingly being written about and featured so it isn’t as if it is the pure domain of men anymore although that is seen as one of its major draws.

Charlie Brooker wrote that when the World cup is on the whole country becomes so focussed that it’s very unnerving. To make fans understand what non fans feel like during this time he suggested that they imagine that for no real reason everyone around you suddenly becomes obsessed with a minute part of life and you can’t see why. The historian Eric Hobsbawn had the answer when he wrote “the imagined community of millions seems more real as a team of eleven named people”. For better or worse they represent “us”.

Previous Gain The Most From Your Betting Strategy

Next A drastic change in our lives in the world!!

Gain The Most From Your Betting Strategy 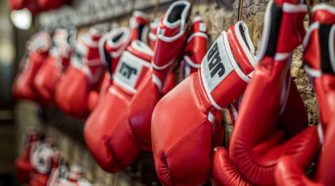