If you’re an avid Fortnite player, then you might know how hard it is to be the last one standing; if you’re a beginner, it can be frustrating when you’re killed off in the first stage. The best way you can improve your Fortnite performance is by diving into the game for a few hours and try to get a first-hand experience. Fortnite PC download is quite accessible, and you’re more likely to fare better in this game without having much experience.

Even if you’re good at the game, it never hurts to know more about some tips and suggestions that can propel you to the leading position in the game. Listed below are some tips that will help you survive the game and also determine the many results in these games.

Land Away from Named Locations:

With the success of Fortnite and PUBG, the number of Battle Royale games has increased in the market. Firstly, you need to stay away from named locations (at least at the start). There is no training mode where the players learn the game’s mechanics, and the pre-match lobby lasts only for a short time.

Everything that you will learn will come to you during a live match. Try landing in secluded areas, this way, you will get comfortable with the environment and the controls as well; this tactic is essential before you start a fight. If you want to go to the combat right away, then you can land at Tilted Towers.

Through freefall, you need to keep your character at a slight angle facing downward, instead of position it straight down, and then you must wait until your glider deploys automatically. The end goal is to come towards your landing zone from a shallow angle. There should be a fair distance between you and your location, once you open your glider; hence, you can drift horizontally towards it. If you descend directly, with your glider, you will crawl when you land, and it will slow you down.

Scoping Out the Right Place:

You can also take some time gliding over a location and scan how many players are going to be landing there. If you’re trying to avoid combat in the early stages of the game, then this strategy will prevent you from being sent back to the lobby. You might get lucky by landing in a dense town that no one has dropped in yet. Opening your glider early on will make it easy for you to determine a location.

In Fortnite PC download, if you’re equipped with just a pistol and you spot someone with a sniper or a rocket launcher, then it’s wise not to go into battle with them and just lay low instead. Avoid combat when you’re outgunned or when you’re outnumbered in a team match. Even if you think you have an advantage over the other player, you’re still risking your position when the competition has full armor and a powerful weapon, while you’re just swinging a pickaxe.

Previous Buy Accounts to play in League of legends

Next Get to know about elo boost more

11 months ago
In the news 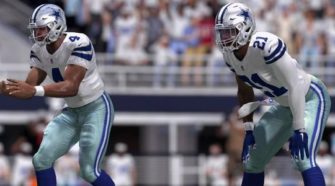